Jindalee Choice H054 was sired by Warringa Emperor E11 a son of Bowmont Storm B720.  We were pleased to receive reports that she is an outstanding young female with a beautiful quiet nature and temperament.

Jindalee report that they are very pleased with the progeny of Warringa Emperor E11 and that three of their four exhibits at the Queensland Hereford Heifer Show were sired by Emperor and two of them were in the Championship line up.  The other heifer was second in her class and has recently won a Championship at a local Show and will not be twelve months old until August.

We congratulate Angus, Eunice and Will Veivers on their success and are pleased to receive their reports and share their excitement with the prospect of the progeny produced by Warringa Emperor E11. 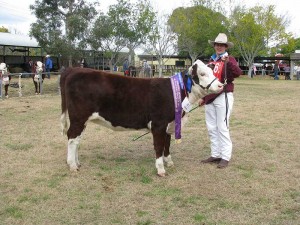 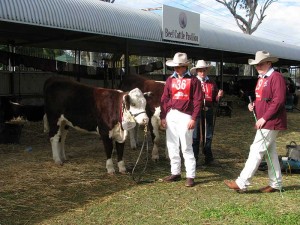