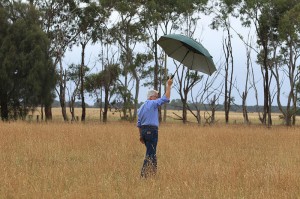 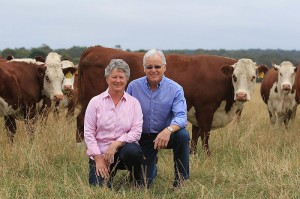 The stud comprises of approximately 80 head which includes mature females, maiden heifers and a selection of bulls suitable for stud and commercial use.

The Warringa herd calves in March and April and is managed under commercial conditions.

Cattle are selected for function and productivity with particular emphasis placed on temperament, moderate birth weight, milk, growth and carcase.

Warringa Herefords are one of only 7 Hereford herds in Australia with a Gold 5 star rating under the Completeness of Performance herd rating system.

Bulls are available annually at the Stock and Land Beef Week Field Day (held Jan/Feb annually on property) and at the Wodonga National Hereford Show and Sale in May. Bulls are also available privately out of the paddock.

In 2010 they introduced some Poll genetics to their herd by artificially inseminating some selected heifers to Allendale National W168.
The stud is proud of it achievements and successes since its inception. These include: 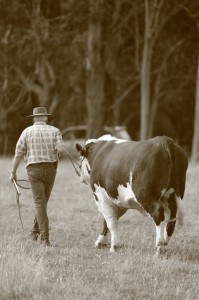 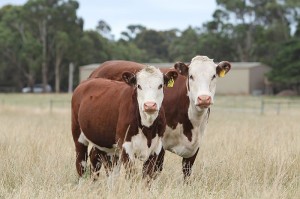