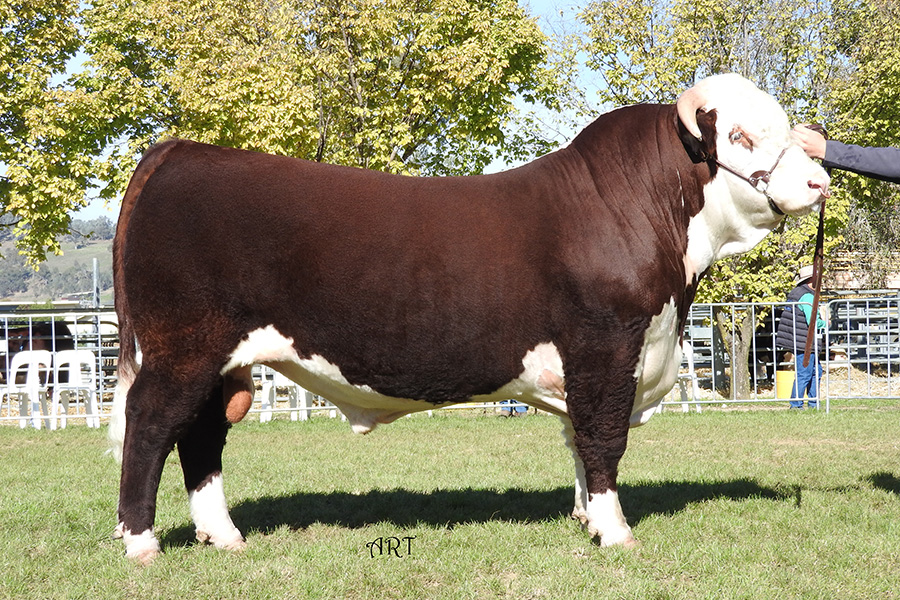 Warringa Google G23 (H), for the second year in a row, sired the Supreme Whiteface Bull at the 52nd Herefords Australia National Show and Sale at Wodonga in May 2017.

He sold for the equal top price of $32000 to Devon Court Hereford Stud. Qld.